This was a unique situation which allowed new ideas and techniques to flourish, it became the ideal learning platform for me to become a commercial photographer. After a couple of years training and some of the work in hand, I began to shoot model/fashion based tests focusing on securing clients based in the editorial capital, London.

I further developed my film and printing techniques assisting great black and white technicians in the darkroom including fashion photographer Sir Terence Donovan. Shooting on 35mm film, his shots were unmistakable by the graininess of the image, spontaneity of portrait poses and their often gritty, industrial London backdrops.

At the time black and white photography and darkroom printing were essential tools to have, they enabled me to become the youngest affiliate member of the British Institute Of Professional Photographers and in the process, changed their attitudes and policies on age and photographer licentiateship. I later went on to work as a speaker for the Kodak pro road show. I demonstrated my style of printing and lighting to budding photographers across the U.K teaching photography techniques, and darkroom printing through tutorials and demonstrations.

Around the same time I also joined the association of fashion and editorial photographers (AFAEP) in London, my work was featured in their "introducing" exhibition, the shots were commissioned hair and beauty work and a couple of fashion tests I'd shot a few weeks earlier. Spotted by a visiting French fashion designer, these few pics helped secure my first fashion work.

It was around the time of 9/11 when I made “the switch” from analogue film to digital cameras, the last shots I took were on Ilford FP4 capturing the wreckage of the World Trade Centre in New York. I had been there a few months prior lugging my 120mm and 35mm kit around. It was the shot to end my affair with film. Darkroom chemistry is a core skill of film photographers but there is an abundance of advantages to this new technology too. 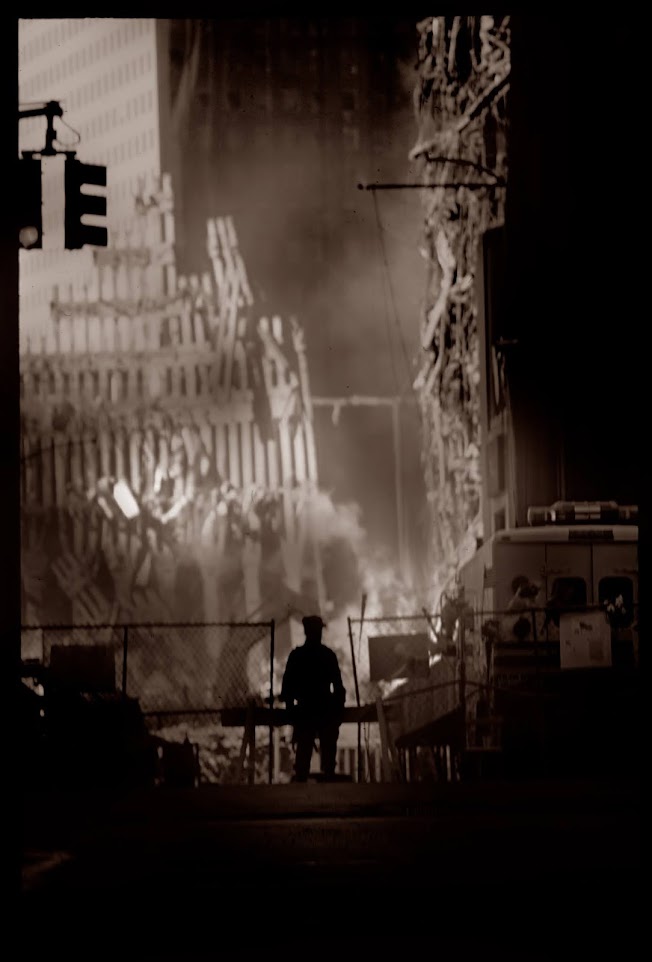 Cumbersome, fiddly, 35mm film is a thing of the past, along with the expense, the health dangers of darkroom chemicals. One of my favourites - selenium print toning makes shadows a deep deep purple, depending on print emulsion. The prints look great but price we know is nasty, neurological problems from absorbed darkroom chemicals kind of kills the whole vibe for me - the tedious dust spots removal from prints compared to the ease of using photoshop and a screen, figuratively speaking, the digital photographer has never had it so good!

I also really enjoy traveling and the portability of my trade, some career highlights include projects in New York working with lady legend Oprah Winfrey shooting "O" magazine and documenting Rally to Read's focus to promote literacy at grassroots level, in remote rural schools across South Africa.

I'm now back from my galivanting - for the time being anyway - back to my roots where I first started out, based near Birmingham shooting a wide variety of work for major brands, small businesses and individuals, helping them achieve their communication and marketing goals, even in these challenging times working safely and protecting people are core principals.

So if you’ve got a pre conceived idea that you need transforming into an image or if you need my creative mind to build and execute a concept, Image media marketing is so important in today's fast-paced digital world. Turn heads, keep thumbs pressing likes and your customers attention with expertly produced images.

I'll work with you to create images that stand out from the crowd, enhance your brands identity and accelerate your businesses growth.