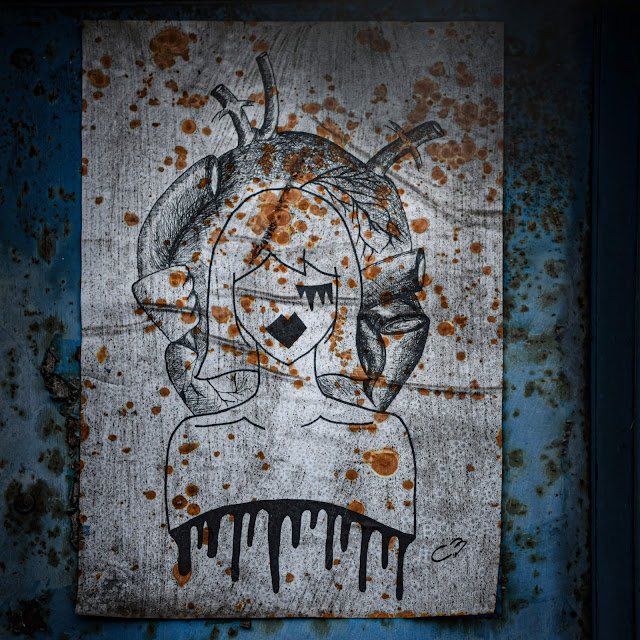 Surrounded with run down factories and monolithic railway arches echoing Birmingham's industrious past, Digbeth has fast become the hub for street art and self expression with a myriad of styles and mediums plus pieces by artists from all over the globe. 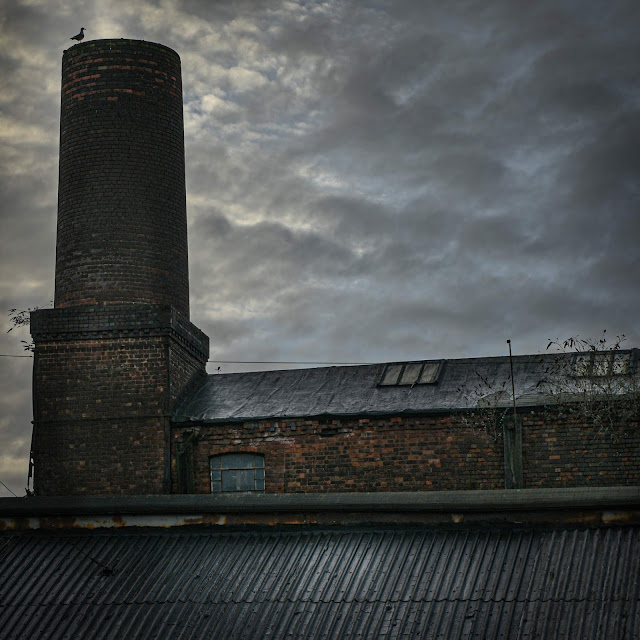 Digbeths beatification was started by local artists about twenty years ago. They helped in creating inviting spaces people want to see, spend time at, and take photos to share on social media and other channels. 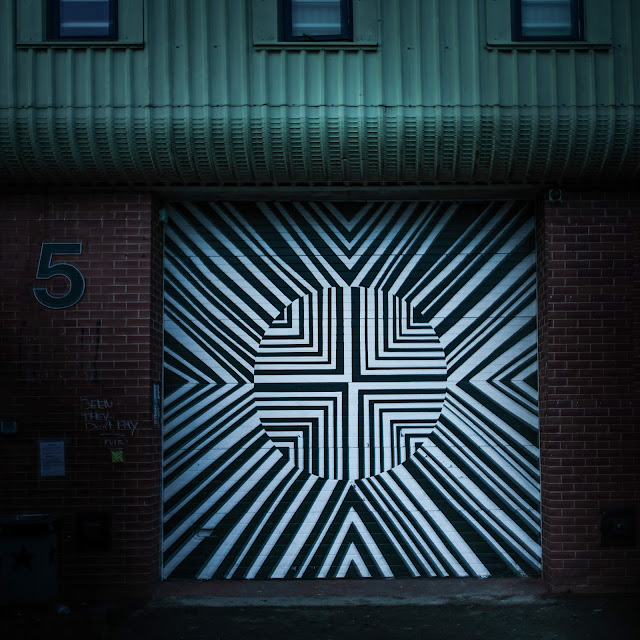 What was once counterculture has through the decades evolved many times over to include a viable form of public art that contributes to the success of communities and businesses in an ever-changing urban environment.

In an exception to the paint rules this artist below uses paste up techniques that weather over time, here the rust on the old factory door behind the artwork leeches through the paper and creates the coloured stains you see. 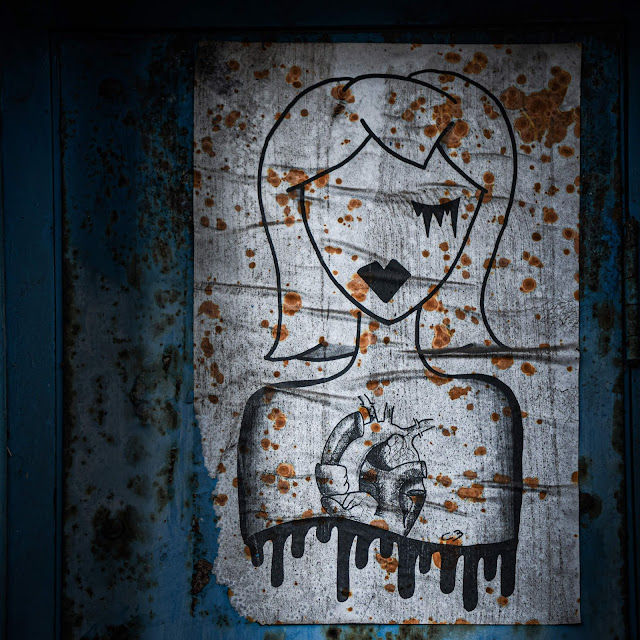 Street art is no longer rejected as merely graffiti or vandalism, but rather, it can be the source of civic pride, public artistry, and outdoor engagement in cities across the UK. 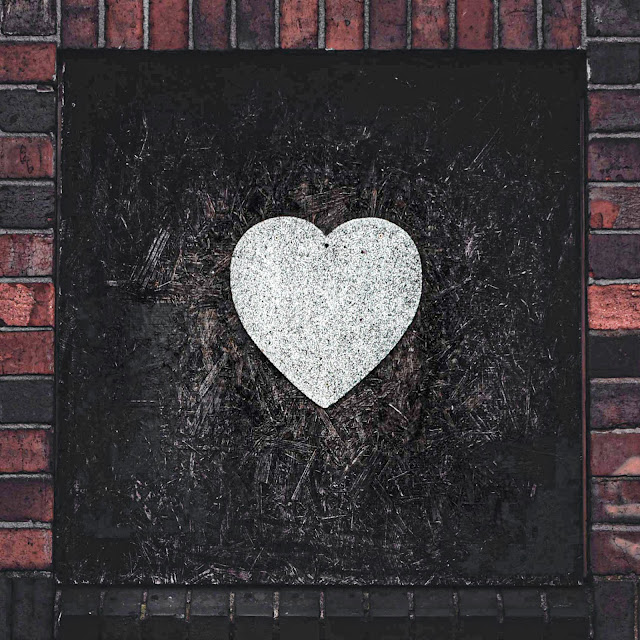 A visitor who seeks out street art will be rewarded with insight into a cities social, cultural and political dynamics as well as the artistic aesthetics of a particular neighbourhood. 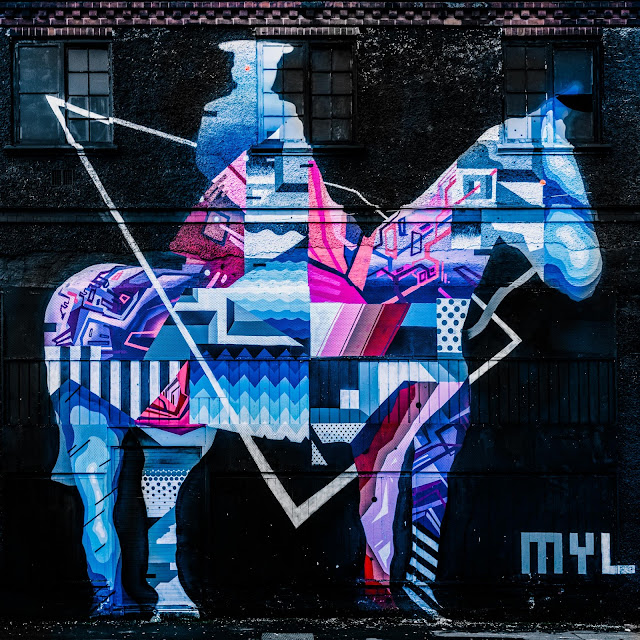 Strategically placed art—on the side of a business, under a bridge, on the exterior walls of a community building—not only helps with the beautification of a neighbourhood, but also, it can be a return of investment for commerce. 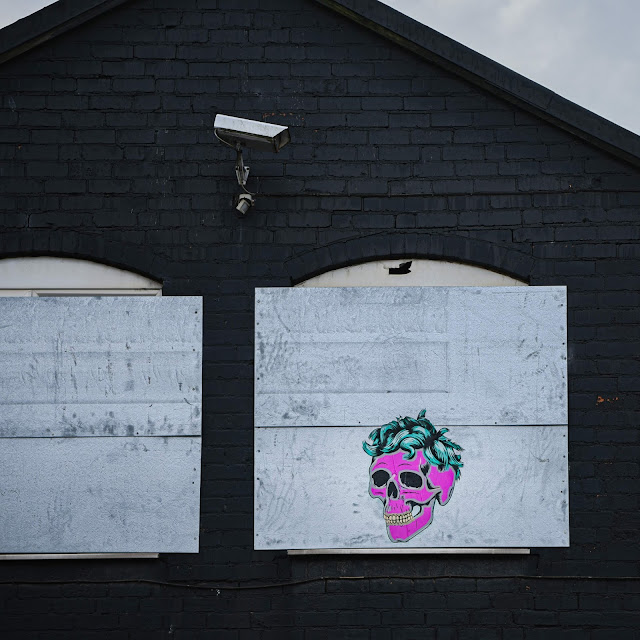 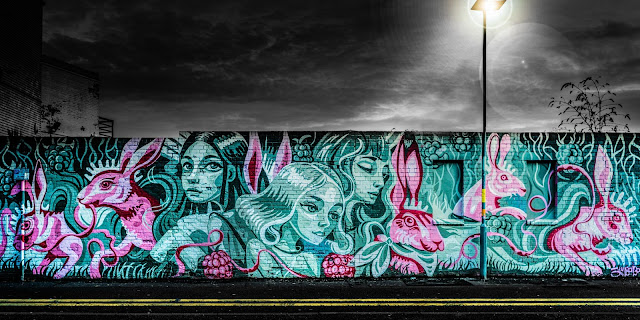 Over the past decade, artists have created so many murals that they have actually helped beautify Digbeth and contributed to its revitalization.
Find out more about Photography In Birmingham
Labels: Visit Birmingham
England, UK Digbeth, Birmingham, UK